One year quite a few years ago, I committed to reading a book a week, which only amounts to fifty-two books for the year. Nowadays, I’m lucky to reach three books a month. (Don’t check my Goodreads entries because I’m terrible about updating my list.) It’s a sad number given the stack of books on my to-read shelf. But here are my favorite reads this year—five story collections plus two others. 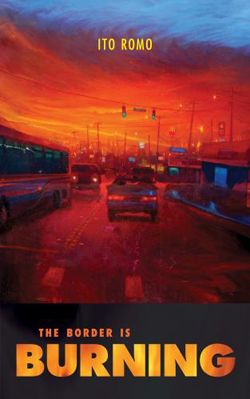 The Border is Burning by Ito Romo—These are very short stories, gritty and stark, about the hard-bitten lives of people along the border between the United States and Mexico. My favorite stories were “Baby Money,” about how a two-headed baby in formaldehyde affects two characters, one on either side of the border; and “El Gato,” in which a woman leaves her man after evidence of his infidelity: cat hairs in his underwear. Cats subsequently factor into the story at cunningly-placed intervals.

People Like Me by Margaret Malone—I had the pleasure of reading with Margaret Malone at Lit Fix in early December. She read an excerpt from the story “The Only One,” told from the point of view of a middle-school girl who is wrestling with such life issues as the grossness of tongues in kissing, her ever-growing boobs, and the dissolution of her family. The character and voice were irresistible, so I bought the book to finish that story and read all the others. Very smart and sharply written, these stories are dark and humorous, sad and hopeful. Despite their flaws, you are drawn to these characters who are mostly girls and young women trying to find their way to being themselves. 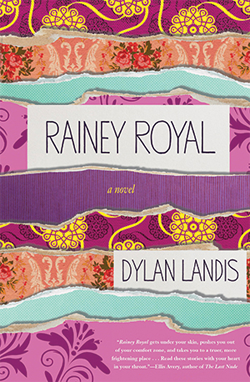 Rainey Royal by Dylan Landis—This has been called both a novel and a collection of stories. Either way, it’s captivating both for the characters and for Landis’s sharp and vivid scenes. We see Rainey and her friends Tina and Leah navigate their way from their tough-talking, tightrope-walking, limit-testing fifteen-year-old selves to their mid-twenties as they continue to sort through the effects of an adolescence made bewildering and sometimes hostile by the self-absorbed or negligent adults in their lives. Landis has a splendid sense of both the comic and the heartrending.

Thunderstruck by Elizabeth McCracken—A favorite author of mine, McCracken delivers her trademark humor, irony, and delightfully odd or troubled characters in these often dark but empathic stories. Here’s an example of her killer language: She looked like the plump-cheeked naughty heroine of a German children’s book who’d just sawed off her own braids with a knife, looking for the next knifeable place. Her expression dared you to teach her a lesson.

The Water Museum by Luis Alberto Urrea—I love how widely these stories range in character, setting, and style, how deftly Urrea moves across borders, both physical and cultural, how he blends the humorous and the tragic. The two-page long “Carnations,” conveys so much in so few lines about grief, loss, and relationships. The much longer “Mountains Without Number” features characters as weathered and rugged as the scenery and intertwines the personal with the historic. And a bonus of the book for me was seeing my home town National City in the title of one of the stories.

These last two aren’t story collections, but they’re part of my favorites list for this year. 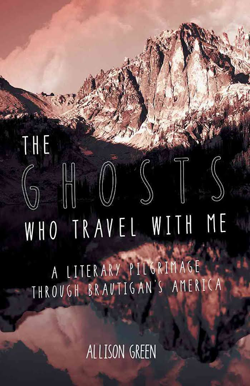 The Ghosts Who Travel with Me: A Literary Pilgrimage through Brautigan’s America by Allison Green – As Green travels the route through Idaho Richard Brautigan described in his book Trout Fishing in America, she nimbly braids the stories of her adolescent obsession with Brautigan, her musings on her own Idaho family roots, and her awakenings to feminism and her lesbian identity. The writing is lovely, infused with humor and wise and warm reflection.

The Robot Scientist’s Daughter by Jeannine Hall Gailey—One of my favorite local poets, Jeannine Hall Gailey combines science, the environment, and feminism in these poems about growing up downwind of the Oak Ridge National Labs. Included in the collection are multiple poems with the title “The Robot Scientist’s Daughter,” but with variations like isotopes of an element or mutations of a gene, each differentiated by a parenthetical tagline such as (the other), (villainess), (medical wonder), (ghost in the machine), and many others.

Posted in Books and Authors